Having a bad Handspring day.

I don’t know how this happened – it was just in my pouch (y’know, male-handbaggy over-the-shoulder phone & wallet-holder type thingy) for a couple of days. When I took it out, this big crack was just there. Musta lain on it or something.

Scanning blogdex, trying to find some piece of non-WTC-terrorism-related and non-Nimda-virus-related stories, this cyborg cockroach grabbed my attention.

BTW, lots of wierd and wonderful blog thoughts recently, but they all come in the night-time and vanish by morning. And then are kept out all day by the prospect of lots of work. Ah well, soon….

And I met a man with (probably) the world’s only lobster theremin last night. Eerie. Hmmm… “lobster theremin”… it’s one of those bizarrely juxtaposed phrases that just demands to be fed into a search engine. And so I did. Nice chunks of text back from Google, like Pictures of My Theremin Rebels Slo-Pitch Team. Royal Order of the Laughing Cavalier Lobster. Most though, unsurprisingly, relate to 50s sci-fi movies where lobsters or lobster-men plan to take over the earth: the plot circles around the evil Lobster Man’s plans to steal Earth’s atmosphere and … imitation of a ‘50’s sci-fi Theremin and … channel, and most of the weird stuff (theremin score, laser effects) comes across with wide … can see a silhouette of a giant lobster at the edge of the screen … (the latter a review for the DVD edition of “Teenagers from Outer Space”). 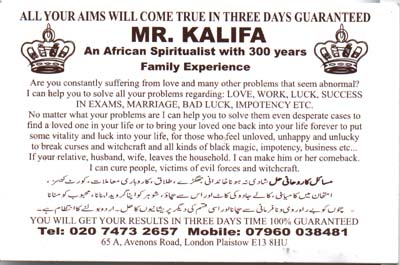 Does this Stor Trooper really look like me? I think not. Closest I could get though.

This piece, once it gets into its flow, has some interesting things to say about the USA and terrorism, in particular that Osama bin Laden was trained in terrorism by the CIA. When you think that they (as well as the UK and others) did a similarly good job at getting Iraq armed to the teeth…

Still having to consume more personal reports of Tuesday’s events and the aftermath. This report covers the whole story in detail, with lots of pictures from yesterday, bringing it all a lot closer than the TV or papers have done. This one brought home the emotion, panic and confusion of being there. Reading it, I could hear in my head the Freddie Hubbard & Ilhan Mimaroglu record Sing Me A Song Of Songmy… the final strains of Threnody for Sharon Tate merged into This is Combat, I Know with its thin, feeble Vietnamese voice reading without apparent emotion “burn me, burn my family… but do not burn my prize cow”

Interesting thought of last night: Will the twin towers of the World Trade Center be included in Microsoft Flight Simulator 2002?

Sick thought of last night: Will the aforementioned flight sim include a scenario where you have to fly your plane into them?

Hard to describe the feeling.

Like half of the world, I am in shock. And I have to add my small part to the emotional soup. OK, reverse wind, chronology…

I was sitting in The Cod with Mark & Duncan when I found out. Duncan got a phone call from his wife… I could just hear his half of the conversation:

“The Pentagon AS WELL??”

It all sounded like some kind of bizarre joke, and of course that was what we thought it was. Duncan got off the phone and filled in the gaps. To my mind, plane crash means accident, and you just don’t get accidents like that… planes hitting buildings? Nah, pilots aren’t that dumb. And even if one did it… why the hell would another, and another. No, that sort of thing doesn’t happen.

The idea of terrorist attack didn’t even cross my mind. But then, we asked the bar staff, and they said they had just heard it on the radio. From then on, it gradually gained a thin coating of reality, finally sealed in when we returned to the Leo Burnett offices and saw all 3 TV screens tuned to the news, a crowd of silent onlookers gathered in front of them watching the clouds of dust engulf New York. We were just in time to see the second tower collapse.

Even then it didn’t seem real. Something like that is so extreme, there are no rational ways to cope with it. We were watching a drama unfold, but like all dramas, this was just theatre (well, OK, Hollywood cinema – even further removed from everyday life). At one point it dawned on me that there would have been people in those buildings and aeroplanes – a hell of a lot of people, and that thousands of lives were in the process of being shattered, but still I couldn’t muster any real emotions. Total loss of affect, I think it’s called.

The rest of the day was wierd. It was hard to talk about anything else, but it was also hard to talk about the events themselves: there was so little information, all the news channels repeating the same phrases over and over, that conversation was also limited and circular. When I got home, I lay in bed listening to the Radio 4 news, but had to switch off. Too many panting, hysterical voices, too much human emotion and pain. I had already been feeling a bit wierd recently, uncertain about my future, emotions fluctuating, and now I just felt a huge oppresive unhappines with the world – like every enterprise ever is doomed to failure, civilisation is doomed. I found it very hard getting to sleep.

I woke up slightly less despondent, but still not feeling exactly great. I have had to spend the morning sucking up reports of the events, not so much to make sense of them, but just because not to do so would leave a great void. Blogdex has links to little that is not related to the attacks and their aftermath. The Guardian’s coverage crystallized everything for me, brought home the human tragedy and made it all more than a news story. And reading the story as it unfolded from posters to Metafilter makes events even more tangible and really sets off the goosebumps and the tears, with comments like

I think I’m ready to face the world. I’m sadder, but at least my sadness now has a history.

This is wonderful. Sometimes I wish that I had a super-hero alter-ego.

(Oh yeah, I do. I forgot all about Captain Freaky and his Chaos Mushroom Men. But that was a long time ago now).